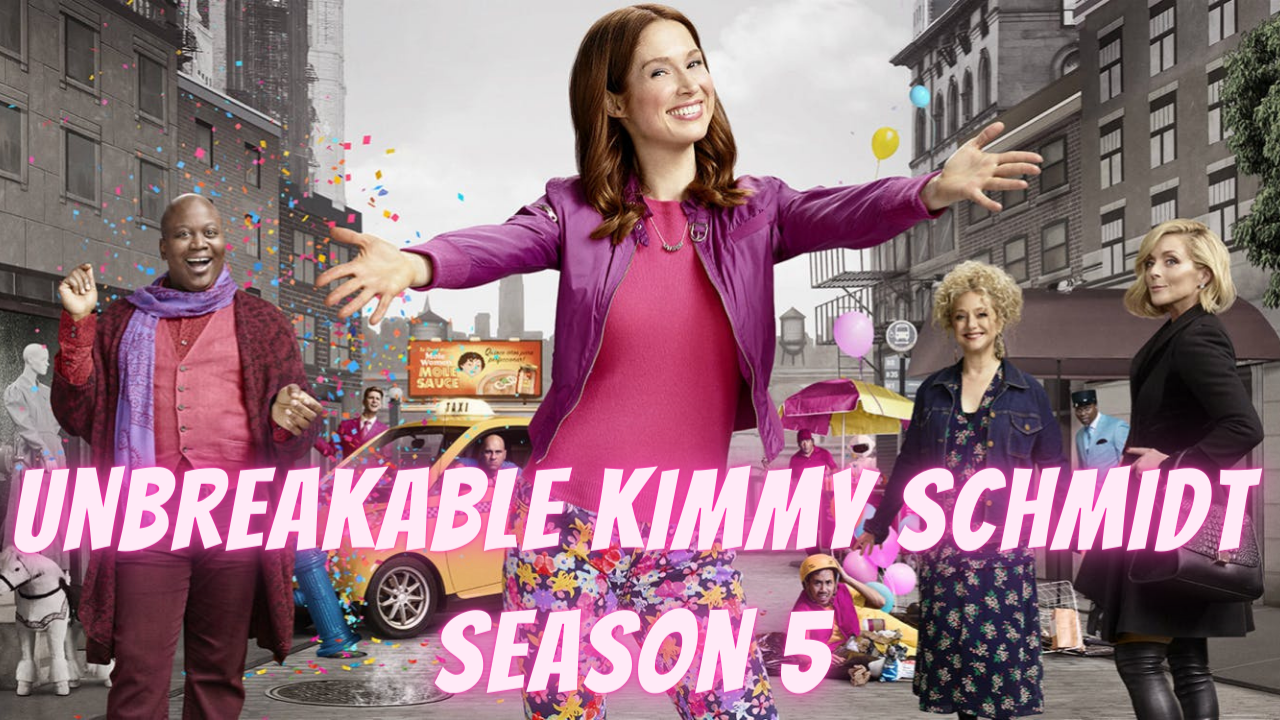 You wish to see a great sitcom, with tons of laughter and a concept that you might or might not have ever thought before? Well, you are in luck today, as we bring to you Unbreakable Kimmy Schmidt, a real US TV Comedies. This sitcom will make you rethink your life and appreciate it more as you go on a beautiful journey with Kimmy Schmidt.

This show’s opening theme is “Unbreakable” by Jeff Richmond, which is the best it can get. Moreover, Jeff Richmond is the show’s composer, and the show’s creators are Tina Fey and Robert Carlock. Initially, this show had 13 incredible episodes of Unbreakable Kimmy Schmidt for the spring of 2015 on NBC. However, after the show’s success, it was sold to Netflix for the next two seasons. They then renewed the show for one more season, and this Fourth Season was the finale of the Unbreakable Kimmy Schmidt.

You may also read Will There Be Orange Is The New Black Season 8 or Not?

The seasons of Unbreakable Kimmy Schmidt were launched in their entirety, and the people who love to binge-watch were loving this fact. The airing dates for this sitcom were as follows:

The Talk with Robert Carlock and Tina Fey:

How do we know that there might be a movie coming? Well, in January 2019, speaking to Deadline co-creator Robert Carlock gave us a hint that a follow-up film is still on the cards while he had the following to say about the Unbreakable Kimmy Schmidt:

I just think it would be really fun. We chose very specific ending places for everybody but that doesn’t mean that there aren’t stories to tell. I think there’s some really fun stuff that is still on the table for all of them, so it would be fun.”

Tina Fey added, “we definitely feel like these characters are fertile enough to revisit, and yeah, hopefully it will all work out.”

In short, both of the showrunners want to continue with the life of Kimmy Schmidt and her friends. So, as of now, we are waiting for an official announcement for the same. What do you think about the Unbreakable Kimmy Schmidt movie? Do share your valuable thoughts with us through our comment section. Meanwhile, stay safe and eat healthily!