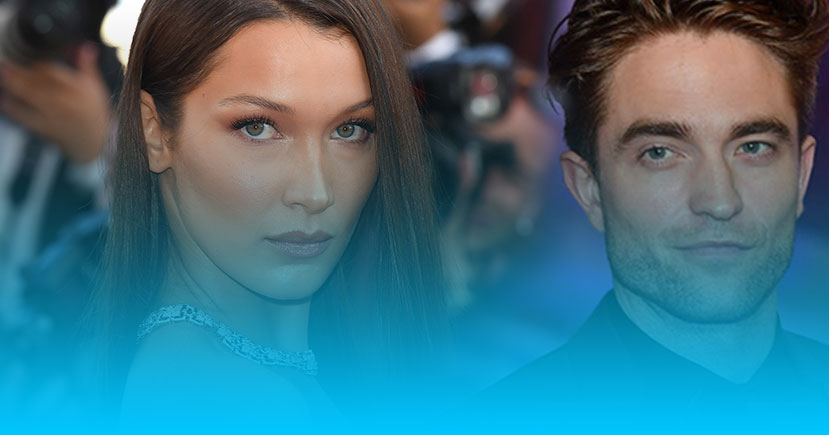 The Daily Mail declares the most handsome man and beautiful woman in the world. The British Newspaper declares this via a celebrity facial plastic surgeon Dr. Julian De Silva, who bases it on a scientific fact of Golden Ratio of Beauty (Phi).

What Is The Golden Ratio Of Beauty (Phi)?

The scientists use a mathematical formula or equation that makes a person beautiful. This Golden Ratio of Beauty arises from the European Renaissance. During the creation of many masterpieces, artists and architects use it to beautify their work.

How Is The Golden Ratio of Beauty (Phi) Measured?

The Most Handsome Man In The World

Batman and Twilight star Robert Pattinson is the most beautiful man in the world, according to science. The 33-year-old actor was found to be 92.15% accurate to the Greek Golden Ratio of Beauty Phi – which measure physical perfection. The 33-year-old actor, who takes over as the Caped Crusader in a new blockbuster next year, was found to be 92.15% accurate to the Greek Golden Ratio of Beauty Phi – which measure physical perfection. The Witcher star Henry Cavill was second with 91.08%, Bradley Cooper was third with 91.08% and Brad Pitt, tipped for an Oscar for his supporting role in Once Upon A Time in Hollywood, was fourth with 90.51%. Previous winner George Clooney, the oldest star on the list, slumped to fifth place – largely because of the effect of ageing on the 58-year-old had resulted in a loss of volume in the face, giving him a score of 89.91%. David Beckham was seventh with a score of 88.96% and the most chiselled chin in the top ten. Becks also had a near-perfect ratio in the size of his nose and his lips. The list was compiled using the latest computerised mapping techniques. Robert Pattinson was the clear winner when all elements of the face were measured for physical perfection. These brand new computer mapping techniques allow us to solve some of the mysteries of what it is that makes someone physically beautiful and the technology is useful when planning patients’ surgery. The Golden Ratio was a mathematical equation devised by the Greeks in an attempt to measure beauty. The ratio can be applied to anything and was used by Leonardo Da Vinci for the perfect human male body in his famous work, the Vitruvian Man. The premise behind this is that the closer the ratios of a face or body are to the number 1.618 (Phi), the more beautiful they become. To read the full article, visit the link in my bio. #news #beauty #plasticsurgery #harleystreet #beautifacation #beautifulfaces #jdsgoldenratio #celeb

Dr. De Silva says “Robert Pattinson was the clear winner when all elements of the face were measured for physical perfection”. His flawless features stand on top in comparison to other Hollywood stars such as Brad Pitt and George Clooney.

The ten most beautiful men in the world – and their Golden Ratio scores. I'll be sharing more detailed posts about the top ten throughout the week. How is the Golden Ratio of Beauty Phi measured? The Golden Ratio of Beauty Phi originates from the European Renaissance. Artists and Architects used an equation – known as the Golden Ratio – as an aid during the creation of their masterpieces. Scientists have since adapted the mathematical formula to explain what makes a person beautiful. The length and the width of someone's face is measured and then the results are divided. According to the Golden Ratio, the ideal result is roughly 1.6. Measurements are then taken from the forehead hairline to the spot between the eyes, from the spot between the eyes and the bottom of the nose and from the bottom of the nose to the bottom of the chin. A person is considered to be more beautiful if the numbers are equal. Attention is then given to the symmetry and proportion of the face. To be deemed 'beautiful' according to the Golden Ratio, the length of the ear must be equal to the length of the nose and the width of an eye should be equal to the distance between the eyes. #news #beauty #plasticsurgery #harleystreet #beautifacation #beautifulfaces #jdsgoldenratio

The Most Beautiful Woman In The World

On basis of the same Golden Ratio, Dr. De Silva declares model Bella Hadid as the most beautiful woman in the world. Bella is an American model and is 23 years old. She was awarded “Model of the year” by models.com in 2016.

Good morning ? From me, my ❤️ @zoeygrossman and my family from vogue Hong Kong @voguehongkong @anyaziourova ? First Vogue cover of 2020??

The popular singer Beyoncé stands next in the list of the most beautiful women in the world. Amber Heard and Ariana Grande follow her on the list.