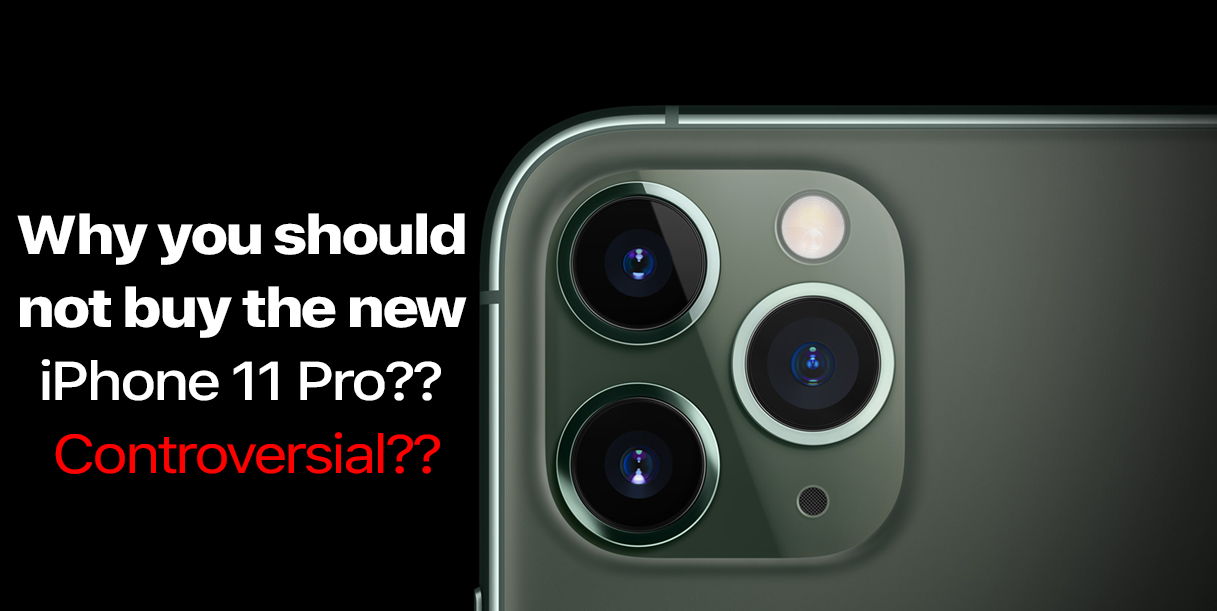 At the core these new iPhones are very similar to there previous generations so you can think of the 11 to the whole of Xr. Definitely, appreciate the new colors but beyond the new dual-camera setup which will talk about later, rest the whole design is the same.

You get the very same display, not an OLED nor full HD which is fine for some but there are some other things which make the iPhone 11 worth an upgrade.

It has the new Apple A13 Bionic chip where you get 20% more GPU performance and significantly more graphics performance. The main thing here is the camera upgrade. Something which has not changed is the notch, so all the iPhone 11 models have the exact same notch as the last generation.

There are some upgrades including a better Face ID, a much better front-facing camera with a wider angle lens. You have an improved sensor on the normal lens but the main thing here is the new wide-angle camera.

With a 13 mm wide-angle focal length you get double the amount of stuff in frame, footage in frame. There are a lot of improvements on the camera side cause now you have the more improved standard camera and the wide-angle camera but you can also move seamlessly between them.

It has also got a new night mode, you should see a significantly better low light performance in the iPhone 11. The video also looks very impressive. It has the best video recorder on any smartphone out right now with a better dynamic range and better stabilization.

The front-facing camera also gets the same amount of improvements so you can now shoot in 4k and you can also shoot slomo known as the slofie.

The favorite part of the iPhone 11 is that it is cheaper than last year.

The iPhone 11 pro and pro max are very much followups to the iPhone XS and XS Max. They are the same size and from the front they look the same.

On the back there are some noticeable changes, we have a triple camera setup. It is always good to have an extra camera but it does not look that good to the eye.

There is a cool midnight green color and looks fantastic. The advantages are the display, more energy-efficient, iPhone 11 pro has 4 hours more battery life than iPhone XS.

So addition to the ultra-wide camera and wide-angle camera you have the telephoto camera. There is also a new deep fusion feature that will take 4 stills before you hit the shutter button and 4 after and merge them in less than a second will give a very very high-quality image.

According to me the iPhone 11 is a better choice for me. Lemme know in the comments below what do you think and which iPhone will you buy?