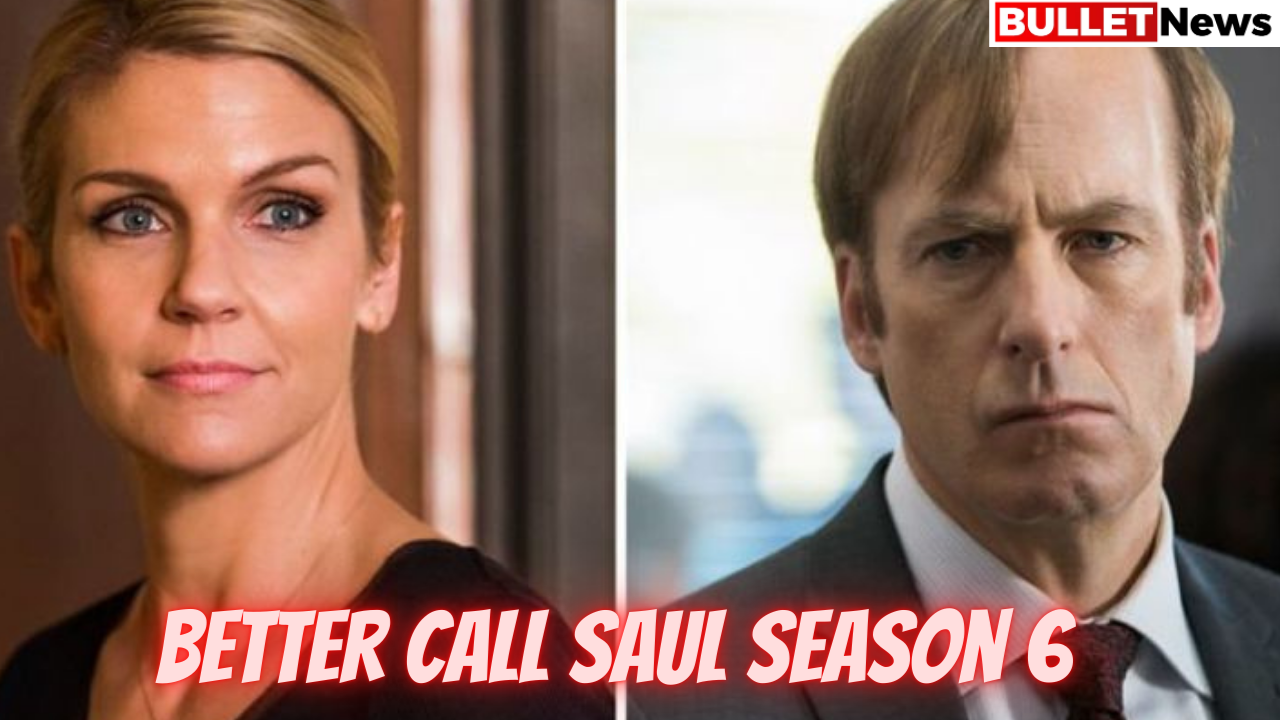 Better Call Saul is a series available on Netflix. It is a spinoff of the most popular and highly-rated series Breaking Bad. The first season released in 2015, and its popularity grew after that.

The show is all about how the lead started as a criminal and then became a criminal lawyer, who helped Heisenberg and became a hero.

In Breaking Bad, though in a debut role, his character was loved by most, and he managed to bring humor in a serious show. Better Call Saul was all set to produce its sixth season as the season finale in 2020 but got delayed to 2021 due to the Pandemic. The fans are eagerly waiting for the season finale.

Vince Gilligan and Peter Goul make the series. Bob Odenkirk, as Jimmy McGill / Saul Goodman, is the main character of the show, and he lived up to the people’s expectations.

As Mike Ehrmantraut, Jonathan Banks was a former police officer who joined crime to support his family, Rhea Seehorn as Kim Wexler is the female lead opposite jimmy and portrayed a strong personality, which is praiseworthy.

Patrick Fabian as Howard Hamlin, the managing partner at Hamlin, Hamlin & McGill, Michael Mando as Nacho Varga was a member of the Salamanca’s gang, Giancarlo Esposito as Gus Fring, the famous villain in Breaking Bad did justice to the role and was undoubtedly scary even though he had a straight face throughout the series, Tony Dalton as Lalo Salamanca who ran the drug business of cartel.

The show is set in the early 2000s in New Mexico, where Saul works as the associate, and since he is financially weak, he lives in a small room inside a salon, which is his office.

Later on, he joins Hamlin and Mc Gill firm, which is his brother’s firm. There he meets Kim Wexler, and their friendship grows eventually. Though working at the right law firm, Saul decides to break bad when he becomes greedy for money and finally starts helping the more prominent criminals, and the spiral goes on.

Mike Ehrmantraut, formerly working as a police officer, goes through so many morally upsetting cases. He quits the job and joins Nacho and eventually joins Gus Fring and becomes his right hand.

Gus Fring is the Owner of a very famous food chain and is also a drug dealer who uses his business to transfer drugs everywhere.

Gus Fring faces many disturbances in his business because of the cartel, so he decides to take it up a notch and start delivering meth instead of the drug to become independent of the cartel.

The prequel is reviewed as the best prequel ever made, and some are saying that it’s even better than the actual show. Well, that may be an exaggeration, but overall the series is very much binge-worthy.