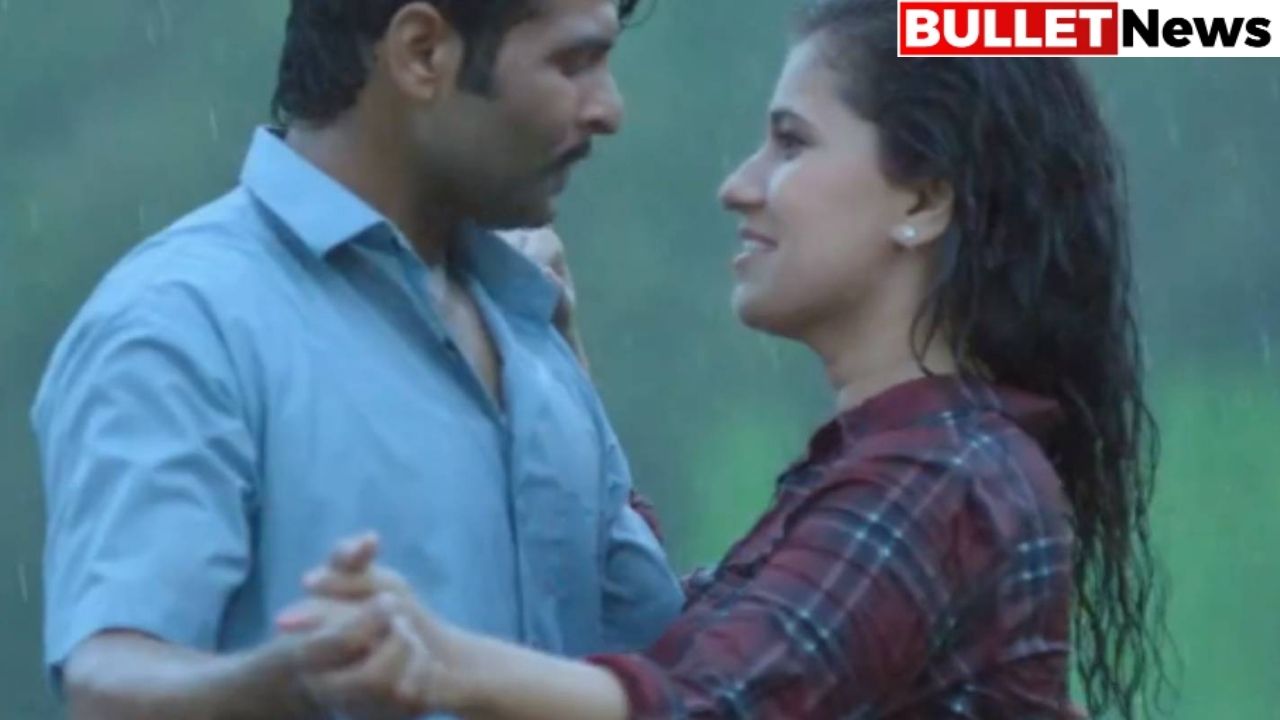 In our society, a person is traditionally defined as an elder. Everyone has their own experience. As soon as the boy grows, his training to become a man begins. The father and other big uncles in the house played the primary role in this training, uncles and grandfathers, all of whom transferred their manhood to the young man at will. Director Anup Tapa brought such a story. Anoop Thapa’s film ‘Yeh Mard Bechara‘ is coming to audiences with a similar theme, which will hit theatres tomorrow, i.e. on November 19, 2021. Let’s find out what this movie looks like.

“Yeh Mard Bechara” is a simple story about the Faridabad Sharma family:

In it, Patriarch Ramprasad Sharma (Atul Srivastava) has his idea of ​​what it means to be a man: He forces his son Shivam (Veraj Rao) to wear a moustache because it is a family tradition and “mard ki pehchaan”. However, due to pressure from Ramprasad, his son’s life deteriorated.

Shivam’s life is turned upside down. When he falls in love with Shivalika (Manukriti Pahva), a girl from his college. But how did he impress her with his tired eyesight? Soon after, he finds himself caught between tradition and love, and the following events form the essence of the premise.

The film, directed by screenwriter and director Anup Tapa, seeks to convey gender equality by breaking the stereotype of toxic masculinity. The script tries so hard to express his point of view that the story loses its essence over time. However, the story is full of individual lines and situations that can easily connect.

The phrase “mard bano, mard” is very often repeated. It becomes monotonous and completely uncomfortable on the ear. Even Shivam’s climate statement is to cliché. Overall, the story has potential, but the quiet execution makes this 134-minute drama a tedious job.

Debutants Manukriti Pahva (daughter of veteran actors Siema and Manoj Pahva) and Viraj Rao are convincing as Shivalika and Shivam. Manukriti’s appearance is quite natural in some of the series, while Viraj is careful with the camera at the film’s end, even during the rape – “Yeh Mard Bechara“.

As Shivam’s middle-class parents, Atul Srivastava and Siema Pahva, were delighted to see him. Bridgesh Kala, Shivam’s favourite Chacha G, is good support. They manage to have fun together, but it seems to be forced for the most part. Through the use of the word “mard” in almost every sentence.

All said, “Yeh Mard Bechara” meant to convey the message:

This “mard ko dard hota hain” emphasizes the social pressures that a person faces. But its weak performance and lame script make it a beautiful film!

Many experienced actors work in this film. In it, there are many experienced actors such as Atul Srivastava, Bridges Kala and Siema Pahva. All three did a great job. Their presence on the screen is so stunning that you will never get tired of seeing them. Sima Pahva’s daughter Manukriti works in this film. She is the lead actress. Her work is practical. He was impressed. At the same time, Viraj Rao, who starred in the leading role, tried a lot but did not leave much impact on the canvas. Such is the character of his weak friend. Another senior actor took over the reins of the film.

Anup Tapa is in charge of directing the film. The direction is good. The film could be more fun if the script was a little better. Important questions have been asked in history. That deserve appreciation from the creators.

If you enjoy watching family dramas carefree, then this movie is sure to keep you entertained. The rest of the general family history of the small town. Which is presented in a general way. Many problems have been demonstrated. With the great impunity that needs to be assessed. If you look at it with a lot of expectations, you may feel disappointed.