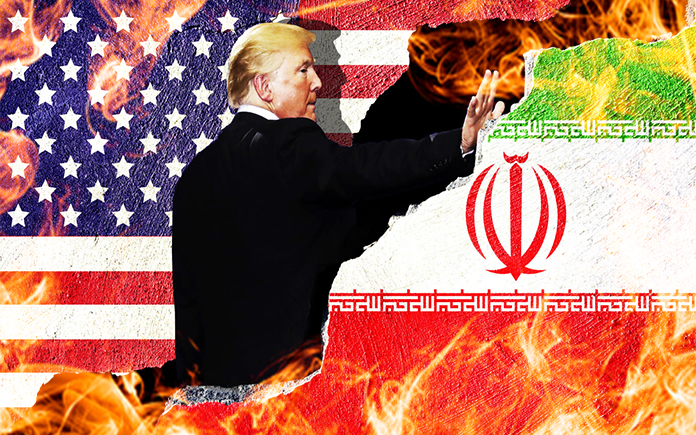 After being allies and the US helping Iran in the nuclear program in 1957, the former never thought of these bittered up relations between both the nations. It all started in the year 1979 when Mohammad Reza Shah of Iran got deposed to the US for the treatment of cancer. The revolutionaries of Muslim Student Followers of the Imam’s Line stormed the American embassy in Tehran and even took diplomats as hostages. After this incident, the relations of both these countries worsened and never changed to normal. After becoming the US President, Donald Trump addressed the deal of nuclear accord by calling it “the worst deal ever negotiated”.

Now, the killing of Iranian General Qassem Soleimani has provided the spark that was missing in the feud. Soleimani, who was the Major General in IRGC (Islamic Revolutionary Guard Corps), got killed on Jan 3, 2020, by the US drones which targeted his convoy near Baghdad International Airport. In response to this, the Iraqui Shia Militia targeted an American embassy in Baghdad. The US killed Soleimani as a result of the directions given by President Donald Trump because he suspected that the former is planning further attacks on American Diplomats. The Iranian military retaliated on Jan 8th, 2020, by firing missiles at US bases in Iraq. According to Iranian television, almost 80 Americans died due to the targeted ballistic missiles.

The killing of Iran’s Major General might result in further depletion of their relations with the US. Also, the Iranian government has started to remove US troops from their land. Further steps are being thought by the administration of the Iranian Government and may soon come with measures to worsen the relations. Meanwhile, Mr. Trump said that the US will retaliate “perhaps in a disproportionate manner”.

Some countries have defended the US’s decision to kill Soleimani and condemned Iran’s move to target missiles on US bases and on a Ukrainian jet. Any further retaliation might cause more disturbance between the countries.

What do you think about this feud? Is this the start of another World War? Who do you think is right in this situation? Do let us know what you think in the comments below.