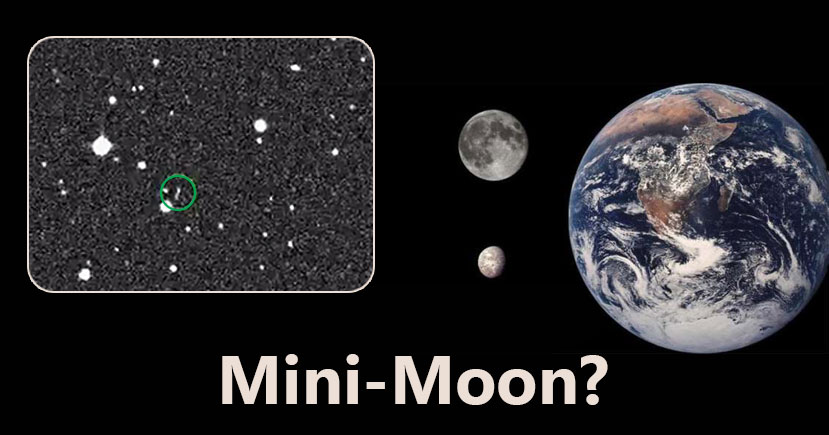 Yes, the moon is not the only object revolving around the Earth. The planet has captured a tiny cosmic object and pulled it into orbit – and it may be a mini-moon.

Kacper Wierzchos and Theodore Pruyne discover the mini-moon. They are the researcher specialists for the Catalina Sky Survey. NASA gave the fund to this project at the University of Arizona’s Lunar and Planetary Laboratory in Tucson, Arizona.

It is the 2nd asteroid in our Earth’s orbit. It’s been with us for three years.

2020 CD3 is another name of the mini-moon. The asteroid appears to measure between 1.9 to 3.5 m in diameter. It also has a surface brightness typical of carbon-rich asteroids. – Wierzchos wrote.

Catalina Sky Survey was the first sky survey unit to discover a mini-moon back in 2006. It was 2006 RH120. It is about 0.9 meters wide and only orbits earth for 18 months. These tiny asteroids are rarely discovered, likely because of their relatively small size.

As stated in an orbital model by Tony Dunn, astrophysicist, and San Francisco high school physics teacher, the minimoon has been captured by Earth’s gravity for about three years now and could make its exit in April 2020. It is resuming its routinely scheduled journey around the sun.

According to NASA, there are more than 200 known satellites or moons in our star system. Most of them revolve around big planets like Saturn and Jupiter, which have 82 and 79 moons respectively.