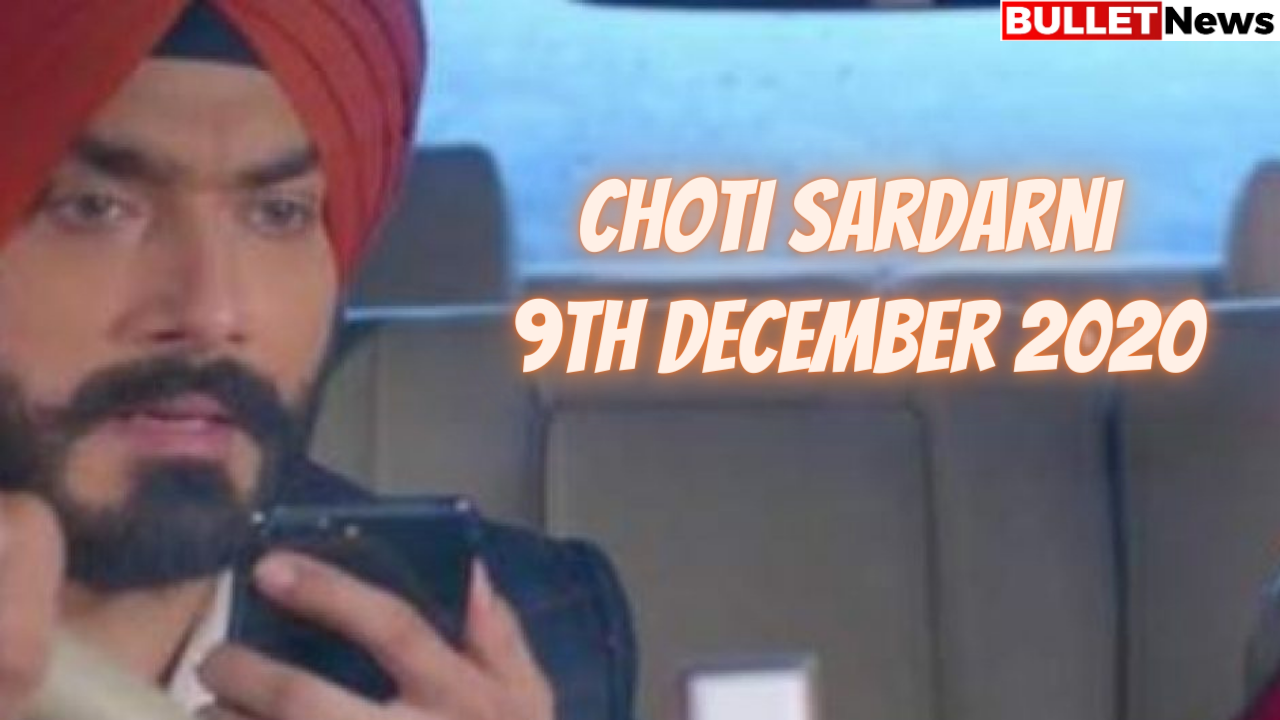 Till now, Aditi was in a state of trauma after knowing the truth of love affair between Manav and Meher before the marriage and the fact that Karan is Manav’s child. She even slapped Manav and sought answers for betraying her trust and love.

The previous episode left a possible prediction of Aditi playing a negative role in further episodes of ‘Choti Sarrdaarni‘ as her harsh attitude towards her family and husband was clearly visible.

In yesterday’s episode, the viewers witnessed the tables turning as Aditi sympathized with her husband over Karan’s absence in their lives. She apologized for her stern actions and said, “I am sorry for not understanding your situation. I shouldn’t have slapped you. Today I understand how difficult it is for you to live without your child.”

Manav and Aditi kept on staring at the photo of Karan that was kept on Aditi’s lap.

After listening to the conversation between Meher and Param, Sarabjeet said, “House is never made of stones or bricks. The love and emotions between the family members build and complete a house. In our family, we all love each other very much.”

After getting assurance from both the parents, Param finally agreed to build another room.

On the other hand, Aditi and Manav continued their conversation about Karan. Manav expressed how badly he wanted Karan to be with them and not with Sarabjeet’s family.

“I never wanted Karan to be with those people. I need you Aditi, I need your support Aditi. Will you be able to give Karan the love of a mother? Will you help me in getting Karan’s custody?” asked Manav.

Aditi couldn’t control her emotions and was in grief about the fact that her husband was dealing with a lot of pain without his child. Tears of sorrow were visible in Manav’s eyes, but he wasn’t able to shed them entirely.

Manav requested, “In the court you just have to say that you will give Karan motherly love. If I will get my Karan, all our happiness that has vanished will return. I was an orphan. I had no one to call my dearest in my life. Today I have my mother and I swear on my mother that I will never give you a chance to complain. Please help me get my child and I promise you that I will fill your life with happiness.”

Touched by Manav’s emotions towards Karan, Aditi told him that he needn’t go to court for Karan’s custody. She said that his Late mother will help them get Karan’s custody.

Surprised with Aditi’s statement, Karan asked, “How can our mother help us get Karan’s custody?”

The scene left a lot of suspense in viewers’ minds as it switched from Aditi’s home to Sarabjeet’s happy family moment. While Param was busy building his mud mansion, Meher and Sarabjeet left him alone to get ice-cream for him. Before leaving, they advised him to stay where he was and not leave the spot under any circumstances.

A few minutes later, somebody broke Param’s mansion with a ball. Seeing his house broken, Param weeped for some time. Suddenly, a girl came forward and demanded their ball back. Param refused to return the ball until she apologized to him. Angry girl called her friends and they all were about to bully Param when Sarab snatched the ball from his hand and protected Param from those children. Sarab told the children to apologize if they wanted the ball back. They refused again.

Sarab challenged the kids and kept a deal in front of them.

The kids agreed and a cricket match started between Sarab and Montu. Sarab finally won the match and Param asked the kids to apologize. They still refused to apologize. Since the kids didn’t apologize, Sarab refused to return the ball and left the park. Kids were surprised to see the luxurious car and lifestyle of Sarab’s family and convinced each other that one day they will even have such a big car.

The suspense of the audience is broken after some time when Aditi is seen entering Sarab’s house with a zeal to get Karan’s custody.

“Till now, all the methods that you were using to get Karan were wrong. Today, I will do something that will stun the entire Gill family. I will reveal a secret that will change everything forever,” Aditi said to Karan.

Aditi spoke to the entire family about her motive to unite the entire family and asked them for their love and support to deal with the situation and bring happiness back in their lives. Sarabjeet and all smiled over Aditi’s words. Aditi said that she was ready to forget the past only if Sarab promised to fulfil her demand.

Sarab accepted the condition and said that he would do anything for her sister ‘Guddi’. Their world turned upside down after they heard Aditi’s shocking demand.