Anupamaa is a very famous television serial nowadays. People like it very much. The show’s story is about Indian Housewife and the way she carries the family along with her personal life. The show Anupamaa is the remake of Bengali Star Jalsa serial “Sreemoyee.”

The plot of the show:

The story of the show Anupamaa is about a simple woman who holds her family and wants to fulfill everyone’s wishes. The show’s lead, Anupamaa, loves her family very much and always tries to complete the family’s expectations from her. Anupamaa often embarrasses her family members like her husband Vanraj, mother-in-law Leena and children Paritosh and Paakhi for not being well educated and just homemakers. While her younger son Samar always stands in her support.

Anupamaa to Fight for her Respect:

Anupamaa tried to get her respect in the house. She applied for a job as a cooking teacher and got the job as well. But due to household works and Vanraj’s demand for everything on time, she cannot show punctuality on the job. She’s fired from her job. She returns home back and starts living her old life again.

Meanwhile, Anupamaa’s friend Devika finds something strange between Vanraj and Kavya. Even she warns Anupamaa, too, but she shows her trust towards him and shuts her mouth.

Paritosh likes Kinjal and wants to marry her. However, Kinjal’s mom is not in this marriage favor, but Anupamaa tried her level best and convinced Kinjal’s mom for the marriage. After all this, Paritosh and Kinjal’s engagement takes place. Along with their engagement, one more celebration came: the Silver Jubilee anniversary of Anupamaa and Vanraj.

The family members decide to perform Anupamaa and Vanraj’s marriage again on their anniversary. Everything is going smoothly with Vanraj’s affair with Kavya, but she said she also wants to marry Vanraj just before he marries Anupamaa. Vanraj becomes ready for the marriage with the Kavya. She got ready for the marriage, but Vanraj can’t be there for marriage because the functions take place at home.

Meanwhile, Vanraj and Anupamaa’s marriage takes place, and at the end of the ceremony, Kavya joins the function. Kavya follows Vanraj to his bedroom, and there he confronts his love for Kavya and gets intimate. Anupamaa saw this, and she faints there. 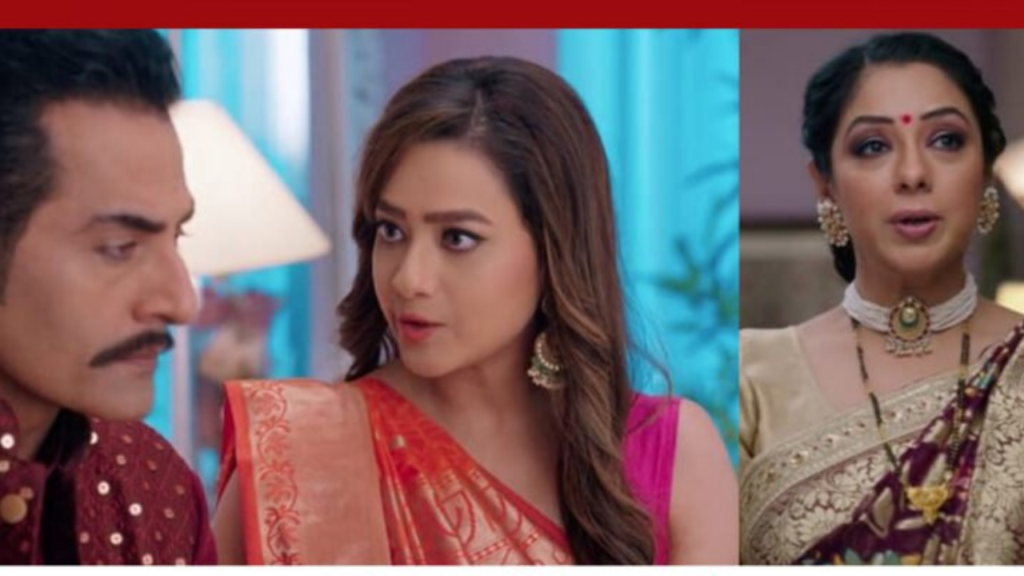 After recovering, she wakes up with a new spirit to live alone with her family. She creates distance from Vanraj. Later her sons realize the same, and Samar supports her in her decision.

Now, Anupamaa is struggling to stand alone without anyone’s help.