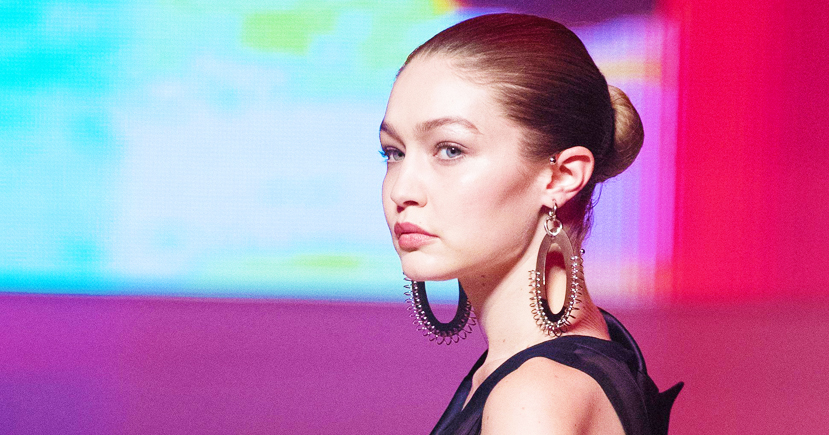 Gigi Hadid Recalls Beginning of Her Career as Difficult

Gigi Hadid is now a mega-star in the modeling industry and recalls the beginning of her career. At the starting of the career, her opportunities were bleak in the industry and say “People were hard on me”.

Currently, she is having a huge fan following all over the world but at the starting of her career, some people in the industry were saying that she is not having a “run-away” body.

For those of you so determined to come up w why my body has changed over the years, you may not know that when I started @ 17 I was not yet diagnosed w/Hashimoto’s disease; those of u who called me “too big for the industry” were seeing inflammation & water retention due to that.

Jean Paul Gaultier, French couturier was the first designer to introduce her on the runway wearing very little. This show was back in 2014 in Paris.

She was talking with i-D Magazine she says, “At the time I was still starting in my career, I was coming out of high school, I still had my volleyball body”. She further says “It was a body that I loved. I knew how hard I worked to have those muscles, to be curved in those places – I kind of miss it now. At the time, people were hard on me and tried to say that I didn’t have a runway body.”

She says that she felt honored to be re-called for the Jean Paul Gaultier show once again. The French couturier doesn’t work with the people he has worked with for his whole career.

She further went on saying “So for Jean Paul to have me at his last ready-to-wear show in 2015 – not only to have me but also to put me in an outfit that didn’t cover a lot… like, there were still stylists or designers at that time who were putting me in their shows, but putting me something that covered my body. And so for him to make me feel like he wanted me to shine in that way, it meant a lot to me as a young model. And I know that he has done that for a lot of people.”

Although stress & excessive travel can also affect the body, I have always eaten the same, my body just handles it differently now that my health is better. I may be “too skinny” for u, honestly this skinny isn’t what I want to be, but I feel healthier internally and (cont)

Gigi Hadid also opens about her mentors and says that her mother was her first mentor. She says “Obviously, the first person was my mom. And that wasn’t just in the industry – she always allowed me to be creative growing up, she had such a positive impact and always encouraged me to express myself in any way, whether that was cooking, drawing, trying to learn how to sew or letting me use and break her cameras. But I think as I’ve got older in my career, I’d say Carine Roitfeld and Stephen Gan. I call them my fashion fairy godparents. Then there’s my manager Luiz. Tommy Hilfiger giving me four seasons of a collection was insane. To put that kind of trust in someone – it gave me so much confidence in myself and that meant so much to me.”