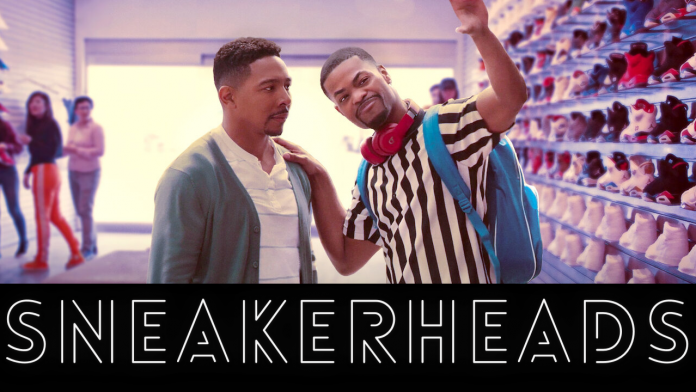 Everyone likes a new pair of shoes, be it a woman or a man, and if someone denies it, they ought to be lying. Moreover, when this conversation makes the halt at sneakers, to sum up, everything I can only say sneakers are love. Above all, I know you got that vibe too for sneakers. But do you know, people trade with sneakers as a hobby. Moreover, it is a severe money business. Yes, Sneaker collecting is like acquisition, and we are talking about the big leagues here; The Sneakerheads!

Now the question arises, what is a Sneakerhead? The person having those enormous sneaker collections is a sneakerhead, sure but not always true. As the game doesn’t stop here, if you don’t have such a collection to exhibit it in an art gallery, you can still be a sneakerhead. All you need is the knowledge and experience in identifying a fake replica to a real one. And that is what a real sneakerhead is.!

In the 1980s, sneakerhead culture emerged in the United States, and the two main contributors were: Basketball and Hip-Hop Music. Michael Jordan, the rising star of basketball and his eponymous Air Jordan line of shoes, came out in 1985. Were the hype then, and they are at that level till today.

Furthermore, they became a collecting subculture. Mostly because of the boom of signature basketball shoes, which provided them with the necessary sheer variety to collect.

Meanwhile, the sneakers got their street credibility due to the revolutionary Hip-Hop movement, and they made them a status symbol.

However, the early 2010s was when the United Kingdom and the Czech Republic got wind of the sneakerhead culture.

In short, Netflix will officially premiere sneakerheads on 25 September 2020.

The Cast for the Sneakerheads:

Sneakerheads stars one of the most notorious cast ever, which includes the following actors:

The Plot of The Show, Sneakerheads:

You know now everything that you need to know about the necessary understanding and history of sneakerheads. And that is sufficient to sit back and chill while watching this Netflix’s new release in the coming week; Sneakerheads.

You may also read Will There Be Ratched Season 2?

As far as the story goes, Devin, a sneakerhead once, is a full-time stay-at-home dad. Furthermore, to earn some fast money, he falls for the get-rich-quick scheme. This scheme is introduced to him by his old friend Bobby, and now he finds himself five G’s in the hole. Moreover, his wife is already frustrated with his sneaker love. Now, Devin is desperate to get his money back ASAP, so that his wife doesn’t come to know that he has fallen off the wagon. To earn money that fasts, he assembles a group to hunt the elusive “Zeroes,” the holy grail of hard-to-find kicks.

Sneakerheads is a Complex network production. Jay Longino is the creator of the show. At the same time, Dave Meyers is the director of all six episodes.