Facebook
Twitter
Pinterest
WhatsApp
Telegram
New York’s Mayor Bill de Blasio’s daughter was reportedly arrested for unlawful assembly. At a George Floyd protest in Manhattan on Saturday night. Chiara de Blasio took into custody around 10.30 pm. After cops infiltrated an unlawful assembly at 12th Street and Broadway in Lower Manhattan. A police officer said that she was among about 100 protesters. Who got arrested after they refused to move out of the roadway and were throwing objects at officers.

She was arrested at 10:30pm, a senior law enforcement official says.

According to sources, that was a real hotspot, where police cars were getting burn. People were throwing and yelling, fighting with cops. There were thousands of people in that area at that time. Chiara gave 181 East End Avenue the mayor’s house at Gracie Mansion. As her address, according to the report. But sources claimed she didn’t tell arresting officers who her father was. She was reportedly released at about 8 am Sunday after receiving a desk appearance ticket.
Chiara’s arrest came about an hour before de Blasio urged protesters to disperse. In a press conference in downtown Brooklyn, the mayor said “We appreciate and respect all peaceful protests, but now it is time for people to go home”. He also adds “If you went out peacefully to make a point about the need for change. You have heard and change is coming into the city. I have no doubt about that. It’s time to go home so we can all move forward”. 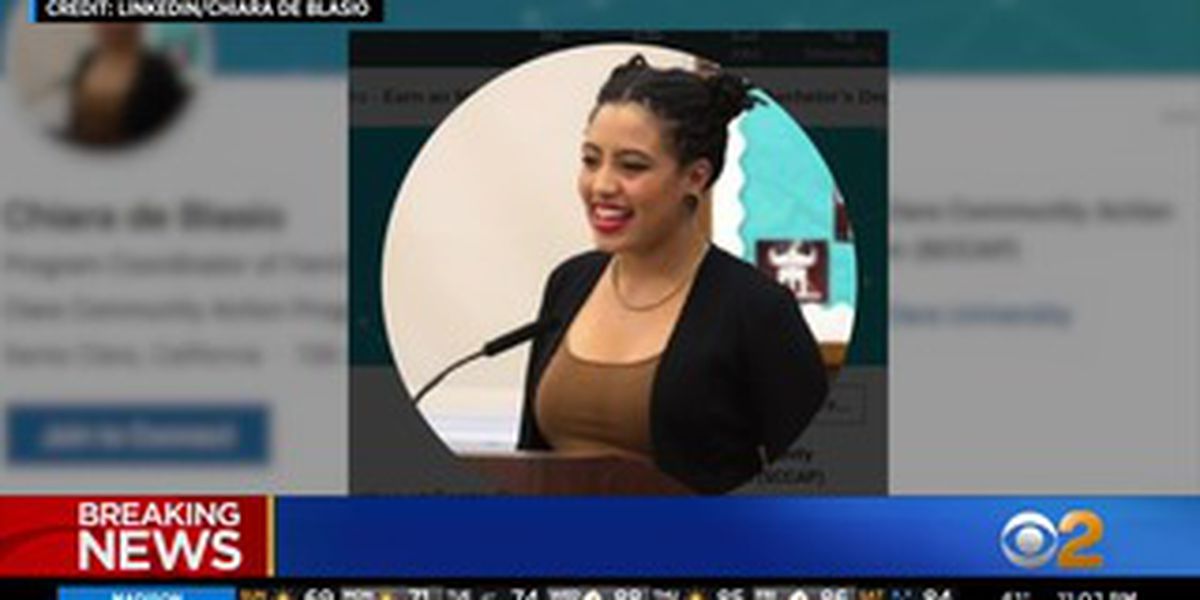 New York City police said that nearly 730 people have arrested since protests erupted in the city late last week. De Blasio did not mention that his daughter had arrested. During either of the two briefings, he held about the protests on Saturday night and Sunday morning.
De Blasio also suggested that the protests had been co-opted by people who came to do violence in a systematic, organized fashion. He said that the small number of people motivated by the anarchist movement rather than the death of George Floyd. A black man who died after a Minneapolis cop knelt on his neck during an arrest on May 25.
© Copyright© Bullet News