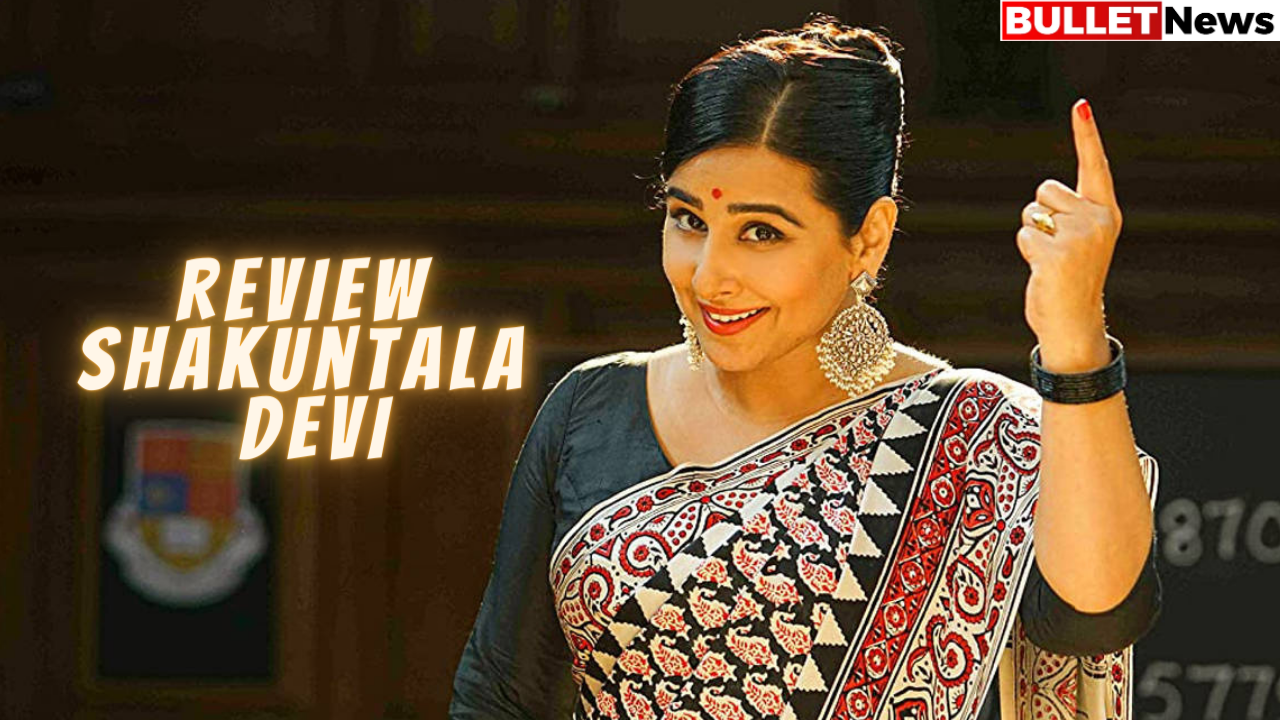 Vidya Balan fits in a role molding in a way that audience wants to see her in a role, Shakuntala Devi is a journey from the 1950s to the 2000s, making it a worthy and captivating watch, watching her journey from a 3-year-old girl to the stage she reaches high in her life unfolding the chapters of her life at each location.

The story revolves around the biography of a renowned mathematician, Shakuntala Devi, who earned applauds from all over the world for her excellent skills of solving maths problems in a given time limit, which was something appreciated.

Shakuntala Devi had some other connections with mathematics; the way she loved the numbers and the numbers’ relationship is beyond expressions.

But with this movie had explored her life from her relationship she holds with a number, to a girl who struggled her childhood, who always wanted to learn, goes to school but was deprived of, who had a cold relationship with her parents which became worse when her sister left the world, deprived of medicines. As a wife, Shakuntala’s life as a wife and as a mother is what the movie tells the audience.

You may also read Shahid Kapoor’s Jersey: Much Awaited Premiere

Her intriguing journey from a small little girl to a fearless spirit, who lived her life on her condition, with an elegant personality, independent, successful young woman, in the 1950s is quite captivating.

When Shakuntala said, “Why should I be normal, when I can be amazing”?, to her daughter Anupama (Sanya Malhotra ) when she asks her why she can’t behave as other normal mother does.

While her relationship is sorted with mathematics, the other relationship in her life is someway messed and complicated. She tried to be a good mother, even a loving wife, but she couldn’t prioritize them over numbers, which was obvious.

The first hour of the movie is quite entertaining, where it takes you to witness the journey when she goes to London, and how she gets appreciated for the skills she has.

Her Spanish friend does her makeover, from making her learn English to adapt to the English culture. She was a woman who doesn’t hold grudges in life and lives the way she wants.

She falls in love with a Bengali guy, Paritosh Banerjee, and how efficiently she tried to settle down. But life isn’t a bed of roses, and she had to make some choices, which was difficult for her.

Directed by Anu Melon, Shakuntala Devi gives us the light on how Shakuntala led her life, taking all struggles and still following up a passion, not letting herself compromise on things she never wanted to do.

While the soundtrack is given by Sachin – Jigar with peppy numbers, with single soothing music, Jhilmil Piya, sung by Benny Dayal, Monali Thakur, and Priya Sariya.

Vidya fits in character, and here too, she proved herself giving an appreciable performance as Shakuntala Devi, keeping herself in the period from 1950 to 2000. We can also not neglect the role of Amit Sadh in the movie. Doing the part of a supportive husband in the cinema, Amit Sadh proved his versatility, which can’t be neglected.

Overall, Shakuntala Devi is a worth watching movie, taking you on a journey, fascinating you at some times, leaving you to amaze just by thinking about a brain faster than the computer, giving the world the first human-computer. Don’t miss the movie.!!!