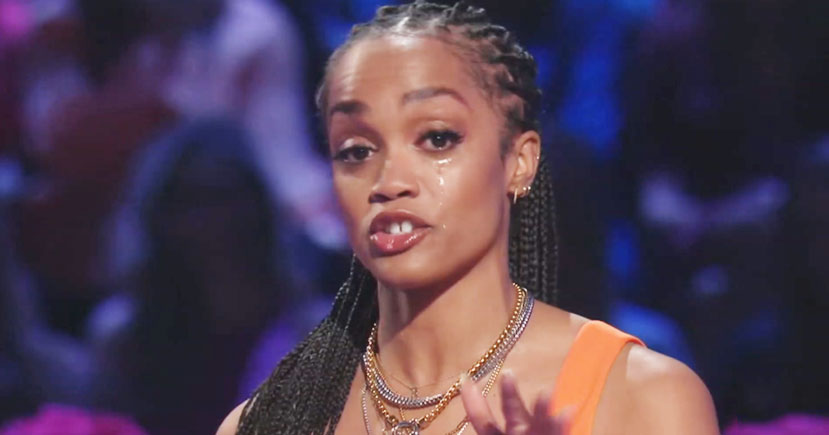 The Bachelor: Contestants Deal With Cyber-bullying

When the ladies of Peter Weber’s season of “The Bachelor” brought together in a set of Los Angeles to describe their moments on the ABC dating competition show. It wasn’t just minutiae of what happened inside the home that they discussed. Host Chris Harrison also brought ex- Bachelorette Rachel Lindsay to the show. She was also brought to the vanguard of the conversation the untold consequence of being on the show: online harassment.

The Bachelor episode aired Monday night. And wrapped all the greatest moments of the episode to the ongoing dramaturgy between women. But in the final moments of the show- the show took a different turn. The earlier Bachelorette Rachel Lindsay addresses a very serious matter of cyberbullying.

“There is so much passion out there in Bachelor Nation,” – Chris Harrison said.

“Unfortunately, there is a line that has been crossed.” – Chris continued.

“I’m really nervous right now, and I think that’s because the issue that we’re going to discuss today is sadly something that most of us have experienced. That’s online harassment and it’s hate.” – Lindsay said,

“People have become so comfortable being mean,” Lindsay added.

“And by not talking about it I think people feel empowered that they can continue to say certain things to us. And if we’re ever gonna fix this problem, we have to acknowledge the problem.”

“When I was asked to be the Bachelorette, I knew it would be hard,” Lindsay continued.

“You’re an emotional, stupid bitch,” one message. “Kill your self. You’re useless.”

“You stupid punk ass bitch,” another said. “If I ever see you, get ready to have your lawyer ready because I’m gonna fuck you up, bitch.”

“No one cares about a half-[redacted], half-Mexican bitch’s opinion,” said another. “You are disgusting and are jealous.”

“I’m shaking as I’m reading this,” Lindsay continued, “I know it’s uncomfortable for you to see. Just imagine how uncomfortable it is to get this in your comments, in your DMs, every day, every week, every month?… That’s just the tip of the iceberg.”

“I feel like you guys hear us talk about the hate that we receive, but you have no idea what it is. And the only way that I can actually make you feel it is for you to see it.” – Lindsay