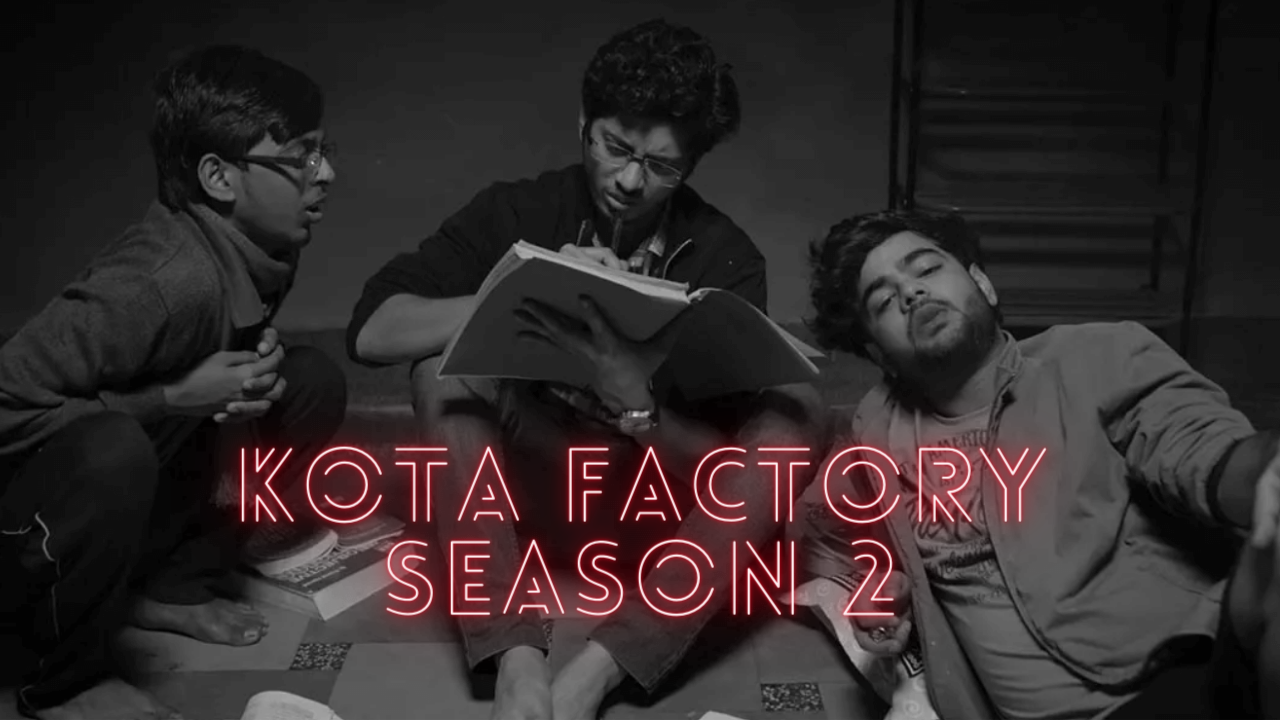 Just a year ago, The Kota factory was all the craze! Though the critics were not happy with it and said that it fails to critique the IIT coaching culture. But, the majority of students all over the country, besides other viewers, loved it!

And why wouldn’t you love it? It had everything! Friends, girlfriends, studies, and struggle with studies. Being far away from home, yet finding a new home away from home! Studying late at night and then that “gedi” with friends to have some “chai“! The nostalgia is real!

Therefore, there is no surprise why viewers, mostly millennials, cannot wait for season 2. But is TVF going to come up with a season 2 ever? Is there a release date or an official announcement yet? This article has all the latest information about Kota factory season 2 until this date, read on. Besides, Fan Theories and Where To Watch It.

Coming straight to the point. The answer is NO! As we all know by now, TVF is famous for producing quality content only! Hence, they take even two to three years to make more seasons of a single show.

It has almost become a trend by now for TVF. Therefore, we cannot expect anything else from the Kota factory. It is a top-rated digital series by TVF to this date, garnering over 2.5 crore views per episode. Given the series’ success, there is a lot of pressure on the writers and producers alike. Hence the delay!

So until now, we understand TVF takes time, but are they even thinking about making a season 2 for the series?

Well, yes, season 2 for the Kota factory has been confirmed! Delightful, isn’t it? The three creators of the show have also confirmed it during a live stream video. They said that the process is on, shooting is almost over, and season 2 is around the corner!

The Information Available So Far:

Not wasting any time beating about the bush, here are all the facts so far regarding the second season:

One of the biggest anxieties the Kota Factory fans have is the “Pitchers” story. You all may remember Pitchers, and it was the Kota factory of its time. Being very famous and a fan favorite, TVF still never came out with a season 2.

Therefore putting pressure on the makers while also showing support and interest for the show, numerous fans came out with fan theories for season 2. And some of them are very good!

From ideas like Vaibhav and Meena getting selected into the same IIT. Getting admission into the same branch of the same college but not in touch with each other anymore. Fan theory suggests that this idea is to show how people grow apart. Uday is not making it into the IIT and is running a business and is more successful than the IITians. Here, to portray that you need not be selected into an IIT to be successful. Ranging from Vaibhav getting married to his “Kota Girlfriend” to Meena being single forever, these fan theories are crazy, exciting, toxic, and sometimes even extreme. However crazy they are, all they prove is the eagre awaiting of the viewers for the sequel.

Where To Watch It:

Season 2, in similarity with the season first, will be up to watch on YouTube and the TVF app. For anyone keen to go for a rerun of season 1, it’s available on YouTube!

We are closely watching all the necessary information regarding the second season. Above all, we will be updating our viewers about the same as well! Be sure to check us out again to stay updated.